Bobby Beausoleil was born on November 6, 1947, to a large working-class family living in Santa Barbara, California, and christened Robert Kenneth Beausoleil. His prodigious creative output over his lifetime has been largely overshadowed by his having been an associate of Charles Manson in the late 1960s. He was apparently involved in a drug transaction with members of the now long defunct Straight Satans motorcycle club, who were also associates of Manson, leading to his being sentenced to life imprisonment for the murder of Gary Hinman, who was also associated with Manson and his communal family.

Young Bobby was a good-looking boy with a pronounced musical talent but his curiosity and rebelliousness got him into minor scrapes with the law. At the age of 14 he was sent to a camp for wayward boys for truancy and repeatedly running away from home. A few months after his release from the boys camp he again left home, at age 15, for the final time. He drifted down to the Los Angeles area where he played guitar in rock bands and became immersed in the early development of the counterculture movement.

Beausoleil was interested in film at an early age, and has worked in film and related media in various capacities both on the acting side and behind the scenes production. His first film appearance was in the art film classic Mondo Hollywood, in which he appeared briefly, at age 16, in a scene depicting him as Cupid shooting an arrow from his bow. He made acting appearances in several films after that and has also composed musical scores for film and produced some short films of his own during his imprisonment.

In late 1965, following a brief stint playing rhythm guitar in a rock band called The Grass Roots (subsequently to become known as Love) with singer and songwriter Arthur Lee and guitarist Johnny Echols, Beausoleil moved to San Francisco. In a short time, he found his way to a then quiet artist community in a district known as the Haight-Ashbury, where the band The Grateful Dead lived communally in a large house, and began forming his own psychedelic band. The music made by this band is documented on an album, “The Orkustra: Experiments in Electric Orchestra from the San Francisco Psychedelic Underground”, which includes soundtracks made for underground experimental films.

While living in San Francisco, during the time he was performing with The Orkustra, Beausoleil met and became creatively involved with underground filmmaker Kenneth Anger. In 1967, Anger was working on a new film project entitled Lucifer Rising, a “love vision” based on Anger’s interpretation of the fallen angel mythology. The filmmaker asked Beausoleil to star in the film, who agreed on the condition that he would compose and record the film’ s soundtrack. He put together a new band specifically for this project and named it The Magick Powerhouse of Oz. The collaboration fell apart in the fall of that year, but Anger would later use the film he had shot of Beausoleil in his film Invocation of My Demon Brother, which incorporates an electronic music composition by Mick Jagger as its soundtrack. Of minor note, Beausoleil portrayed the leader of an outlaw band of Indians in the 1968 production of The Ramrodder, a soft-porn cowboys and Indians’ farce.

In the mid-1970s Kenneth Anger, while living in England, resurrected the Lucifer Rising film project, with Led Zeppelin guitarist Jimmy Page designated to create the soundtrack for the film. However, Anger was dissatisfied with Page’s performance. He then turned to Bobby Beausoleil and made arrangements with him to produce the film’s soundtrack from prison. The Freedom Orchestra, Beausoleil’s prison band, supported him in creating the recordings of the score and the master of the soundtrack was delivered to Anger in 1979. The film debuted in New York in 1980. The recordings made by Beausoleil for the Lucifer Rising film project, including the 1967 version, are fully documented in “The Lucifer Rising Suite”, a boxed anthology album released in 2013. The soundtrack is widely considered to be influential, and portions of the soundtrack have been used in other films, including Gaspar Noe’s erotic film Love, as well as two films by Chris Mourkarbel, Me @The Zoo and Gaga: Five Foot Two.

After completing the film soundtrack Beausoleil continued his studies in film production, videography, sound design, and creating various types of media for film, including 3D animation. He has released eight albums, seven of them recorded while he has been in prison, the most recent being the 2-disk concept album Voodoo Shivaya, recorded between 2008 and 2015. He has also created a significant body of visual art, paintings and drawings.

Beausoleil married in 1982, and his wife Barbara was instrumental in keeping him connected with the world at large until she died from a sudden illness in 2012. The website she established on her husband’s behalf is now maintained and kept up to date by close friends and family. Nearly all of Beausoleil’s creative works can be streamed and viewed at bobbybeausoleil.com.

Beausoleil remains behind bars but may one day be granted parole, as he did not play a role in the horrific murders committed by Charles Watson and other members of Manson’s family that occurred subsequent to his imprisonment for the Hinman murder. His behavior while incarcerated is said to be exemplary. 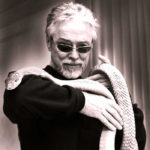 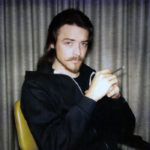 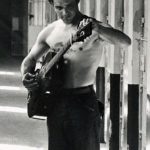