Taken from the Italian phrase for computer that literally translates to electronic brain, Cervello Elettronico is the electronic musical act founded by David Christian aka DJ Snarf.

This earned a small but loyal underground following in the US and the world. 2005 brought Cervello Elettronico another North American tour supporting Terrorfakt, Ecraft, and Mono No Aware, during which all limited pressed self released tour CDRs sold out, building anticipation for an official release. Two years later, Negate The Instigator was exclusively released on Crunch Pod in the US and distributed worldwide. It was recieved with critical success and modest sales.

The project’s unique blend of techno influenced industrial pushed the envelope of both genres, while garnishing club play at hard electro parties worldwide. Since then, Cervello Elettronico has performed live across the globe, supporting a variety of electronic artists such as Snog, Meat Beat Manifesto, and Combichrist. at such venues as the world famous Avalon in Los Angeles, Slimelight in London, and at the Moritzbastei in Leipzig, Germany.In 2008 David Christian relocated the experiment to Hollywood California (home to one of the strongest industrial scenes in the US) and started production on Process of Elimination, the long awaited sophmore album by Cervello Elettronico. 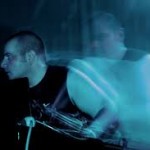 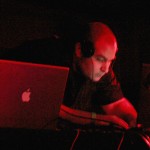 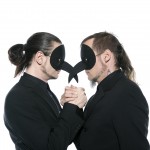