Ennio Morricone  born 10 November 1928) is an Italian composer,orchestrator, conductor and former trumpet player, who has written music for more than 500 motion pictures and television series, as well as contemporary classical works. His career includes a wide range of composition genres, making him one of the most versatile, prolific and influential film composers of all time. Morricone’s music has been used in more than 70 award-winning films.

Born in Rome, Morricone’s absolute music production includes over 100 classical pieces composed since 1946. During the late 1950s he served as a successful studio arranger for RCA. He orchestrated over 500 songs with them and worked with musicians such as Paul Anka, Chet Baker and Mina. However, Morricone gained worldwide fame by composing (during the period 1960–75) the music for Italian westerns by directors such as Sergio Leone, Duccio Tessari, Sergio Sollima, and Sergio Corbucci, including the Dollars Trilogy, A Pistol for Ringo, The Return of Ringo, The Big Gundown, Navajo Joe, Face to Face,Death Rides a Horse, Once Upon a Time in the West, The Great Silence, The Mercenary, Compañeros, Duck, You Sucker!and My Name is Nobody.

During the 1960s and ’70s, Morricone composed music for many film genres, ranging from comedy and drama to action thrillers and historical films (The Cat of 9 Tails, Devil in The Brain, Barbablu). He achieved commercial success with several compositions, including “The Ecstasy of Gold”, the theme of The Good, the Bad and the Ugly, A Man with Harmonica, the protest song “Here’s to You” sung by Joan Baez and “Chi Mai.” Between 1964 and 1980 Morricone was also the trumpet player and a co-composer for the avant-garde free improvisation group Il Gruppo. In 1978, he wrote the official theme for the 1978 FIFA World Cup.

From the late-1970s, Morricone excelled in Hollywood, composing music for American directors such as John Carpenter,Brian De Palma, Barry Levinson, Mike Nichols, Oliver Stone and Samuel Fuller. Morricone has composed the music for a number of Academy Award-winning motion pictures including Days of Heaven, The Mission, The Untouchables, Cinema Paradiso and Bugsy. Other noteworthy scores include Exorcist II: The Heretic, The Thing, White Dog, Once Upon a Time in America, Casualties of War, In the Line of Fire, Disclosure, Wolf, Bulworth, Mission to Mars and Ripley’s Game. In the 1980s and ’90s, Morricone continued to compose music for European directors.

Morricone is associated with the Italian director Giuseppe Tornatore, and has composed music for all of his films sinceCinema Paradiso (1988), including Malèna (2000), The Best Offer (2013) and the upcoming The Correspondence (2016). His more recent works include scores for 72 Meters, Karol, Fateless and En mai, fais ce qu’il te plait. Morricone’s music has been reused for television and in movies including Quentin Tarantino’s Kill Bill (2003), Death Proof (2007), Inglourious Basterds(2009) and Django Unchained (2012). Tarantino’s upcoming The Hateful Eight (2015) will also feature for the first time an original score by Morricone.

In 2007, Morricone received the Academy Honorary Award ”for his magnificent and multifaceted contributions to the art of film music.” He has been nominated for a further five Oscars during 1979–2001. Morricone has won three Grammy Awards, twoGolden Globes, five BAFTAs during 1979–92, ten David di Donatello, eleven Nastro d’Argento, two European Film Awards, the Golden Lion Honorary Award and the Polar Music Prize in 2010. 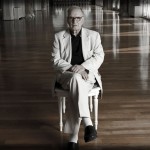 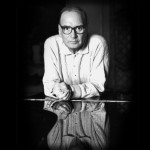