kETvECTOR was created by musician and producer Justin Bennett, whose credits include Skinny Puppy, My Life With The Thrill Kill Kult, Ohgr, Peter Murphy, Rozz Williams, EXP, Gitane Demone and Professional Murder Music, as well as his own projects Askew, Bahntier, The Lingmas and Yoni, Face and The Implicate Order. The project was born out of a series of jam sessions and electronic improvisations between Bennett and Stefano Rossello (Bahntier, Detune-X) which were recorded in Italy in late 2007, resulting in the first full length album“The Infinite Regress”, an innovative electronic flavored album that experimentally spans the genres of electro-techno-dance, break dub and ambient symphonic psychedelia. 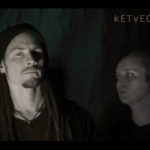 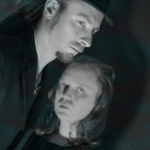