Simon Boswell (born 15 October 1956) is a BAFTA-nominated British film score composer, conductor, producer and musician, with more than 90 credits to his name. He is known for combining mainly electronic elements with orchestral

An alumnus of the independent The Haberdashers’ Aske’s Boys’ School, Boswell studied English Literature at Pembroke College, Cambridge. Playing the guitar since age 12, he was an accomplished guitarist and was signed by Transatlantic Records in 1975 whilst still at college. This led to the release of his first solo album, “The Mind Parasites”, a collection of contemporary acoustic songs and instrumentals. He formed the band “Advertising” in 1977, at the beginning of punk rock era. Labelled ‘Power Pop’, the band was more of an homage to the pop art style of Andy Warhol and the Velvet Underground. They toured extensively with Blondie.[2] After the split of “Advertising”, Boswell became a record producer both in the United Kingdom and Italy. He produced Italian mega star Renato Zero’s album, which became the biggest selling Italian album of all time. Boswell’s record productions from the 1980s have influenced many contemporary musicians – notably the sample of the band 23 Skidoo’s “Coup” which became The Chemical Brothers’ “Block Rockin’ Beats”. After producing two albums for the London band Live Wire he joined the band.

Boswell’s film career started in 1985, and since then he has countless awards from around the world and has been nominated twice for a BAFTA award. Some Directors that Boswell has worked with include Danny Boyle, Michael Hoffman, Lamberto Bava, Dario Argento, Clive Barker and Alejandro Jodorowsky. Genres of his work in film include Italian exploitation (“Phenomena”, “Stage Fright”, Demons 2), contemporary thrillers (“Shallow Grave”, “Hackers”), horror flicks (“Lord of Illusions”, “Hardware”), romances and character studies (“Jack and Sarah”, “This Year’s Love”, “Born Romantic”), dramas (“In My Father’s Den”, “The War Zone”, “My Zinc Bed”), fantasies (“Santa Sagre”, “Photographing Fairies”, “Tin Man”) and literary classics (“A Midsummer Night’s Dream”, “Cousin Bette”). He has also collaborated with many high-profile artists on his projects, such as Elton John, Dolly Parton and Marianne Faithfull. Established as a live performer as well as working in recording studio, he is accomplished with electronic and rock genres, combining these with epic orchestral scores.

Boswell has also worked on two projects with the Vatican. “Santo Subito” was his first project, which was a film collaboration setting the speeches and the singing of Pope John Paul II to Boswell’s music and visuals.

Boswell more recently composed for and produced the album “Alma Mater”, featuring Pope Benedict XVI. The works on the album combine Gregorian chant along with Western art contemporary music and Middle-Eastern influences, and the album was launched officially at a concert in Westminster Cathedral in November 2009, featuring the Chamber Choir of the Philharmonic Academy of Rome and singer Yasemin Sannino.

Boswell has composed for BAFTA nominated TV series The Lakes, and collaborated with film-maker Brian Hill and poet Simon Armitage on “Pornography: The Musical” and “Songbirds”.

Boswell has worked with musicians from bands such as Blur, Orbital, The Sex Pistols and Echo And The Bunnymen. In 1982 he produced and arranged the album “Via Tagliamento 1965-1970” for the popular Italian singer and songwriter Renato Zero. His credits as arranger and producer also include albums by Amii Stewart, Tony Esposito, Tullio De Piscopo and Nino Buonocore.

In Autumn 2006, his album “Close Your Eyes” was released independently via his own Flick Records after 12 years of work.

Quote: “I cut up my previous scores into bits and re-assembled them as new songs mixing full orchestra with musicians from Blur and The Kills and spoken word parts for some of the actors and directors I have worked with along the way – including Ewan McGregor, Ray Winstone, Goran Visnij, Dario Argento and Alejandro Jodorowsky.”

Boswell continues to work on his own unique art project called BLINK!, an audio-visual installation looped to last forever of portraits extracted from news footage, and individually scored with their own soundtracks. This was first exhibited at the ICA in London in 2002 on 4 simultaneous cinema-sized screens. 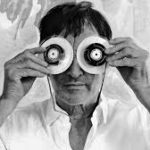 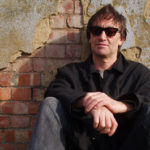 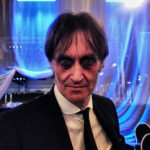