Two cards selected from the 78-piece tarot card-set as utilised by the most famous accultist of the 20th century Aleister Crowley, were behind the first step. “The Devil” and “The Universe” were the cards pulled that would prophesize the name for a magical music project. Austrian musicians Ashley Dayour (Whispers In The Shadow, Near Earth Orbit) and David Pfister (Neigungsgruppe Sex, Die Buben Im Pelz) started their musical-trascendental composition and transformation project THE DEVIL & THE UNIVERSE in March of 2012. Their  goal was to use their musical creativity to allow the legitimacy of magic and religious mechanisms form musical rules whereby the authenticity of these systems play no role.The visual aspects and the pagan orientend imaginary is conceived by the austrian artist and photographer Krist Mort, who is one of the most brilliant occult and visionary contemporary artist.

The firstresult of TD&TU’s syncretic musical endeavor was the debut EP :Evoking Eternity: published by the Berlin-based label aufnahme + wiedergabe in 2013. The label went on to publish their first long-play album :Imprint Daath: (2013) along with three further EPs (featuring remixes by Mater Suspiria Vision, In Death It Ends, Phase Fatale & many others). In 2014 the band create their second album “Haunted Summer”, created with a new third member joining the project, Stefan Elsbacher (Black Manna), in a small chapel in a forest in Styria. To create this new album, TD&TU were inspired by Lord Byron’s summer vacation at Villa “Diodati” together with Percy and Mary Shelley, Claire Clairmont and John W. Polidori. Decadentism, drugs, sex and occultisms were the protagonists of this “summer” and the band principal inspiration. Four weeks were spent to evoke the ghost of tha “Haunted Summer of 1816”.

Tools of the occult such as automatic writing and necromancy were used to help from the musical ambition and naturally, legitimacy and faith play no roles. 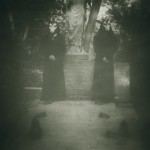 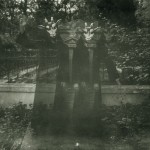 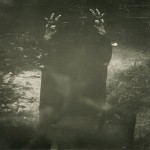 Catalog Items - The Devil And The Universe