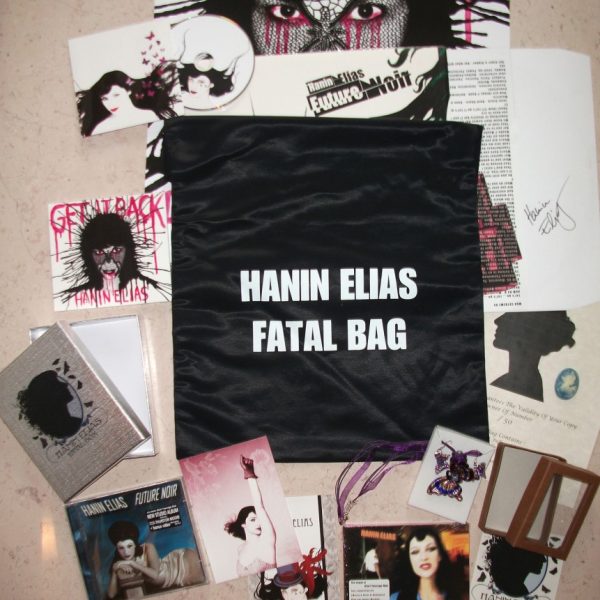 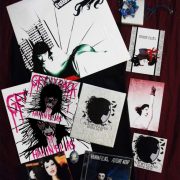 HANIN ELIAS, an icon of the 90ies, Riot Girl, front woman, founding member of ATARI TEENAGE RIOT and founder of Fatal Recordings returns with a new album entitled “Get It Back”. The long-awaited and much anticipated album is a bridge between Elias’s familiar digital hardcore style and her newfound explorations in other genres.

This is a strong release with lot’s of interesting collaborations that happened over the last years of Hanin Elias absence from the music scene. While she lived in French Polynesia on a small island in the south pacific for 5 years she worked on new material with chilean musician Diego Sagredo (ICI) who invited her for shows in Santiago. Influences are widely spread and unpredictable as always. Hanin Elias wants her listeners to have an open mind and a open heart for all kinds of musical directions.

On the album we have the opener “Get it Back” with her guitarist and band member MARCEL DEGAZ (Die Krupps), and also a new version with the Berlin based group MUTFAK of “You Suck”. Both songs are inspired by Electro, No Wave and Dubstep. Hanin Elias’s vocals take on new grace with the melodic, gothic workings of “Melancholia,” a fitting title for the somber, downtempo side of the album also found in TYING TIFFANY’s euphoric mix of 2001’s “Future Noir.” “Dead Eyes” with VELVET UNDERWEAR’s YETI POPSTAR is a real danceflor smasher with co-vocalist MISMERISER from Paris. The well known “Riot Girl” side of the artist is reflected in songs like “Axis Shifting” with SINDADDY and “Do You Know!!!” with DIEGO SAGREDO has scream-rapping, an ode to her digital hardcore past. A collaboration with chilean based industrial artist VIGILANTE with the track “New Order” also shows that Hanin still has political messages in her music. “I Want You” is a collaboration with the tahitian band TIKAHIRI, very well known in French Polynesia. This song has a very erotic vibe. The Song “Money” is a Flying Lizard Cover, absolutely cold and dancable! The Dead Eyes remix by LORENZO MONTANA and Hanin was spontaneously created during the mastering process and became a new version of the song that could best be described as ROCKSTEP .

Hanin Elias’ 2011 comeback is a strong euphoric one that not only reassures her place in industrial music history, but stands her apart from conventional examples with world- wide contributions that stretch from France, Tahiti, Chile, USA, Belgium, Germany, and Italy.