View Cart “The Infinite Regress – CD” has been added to your cart. 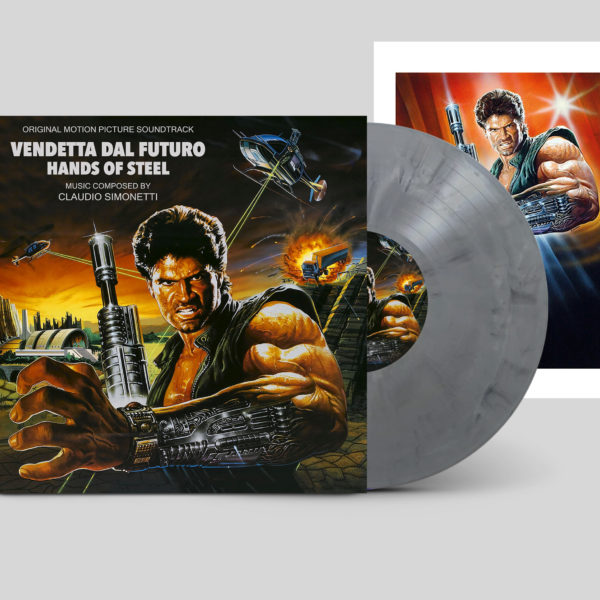 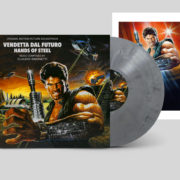 For the first time ever on vinyl, the rousing and eclectic soundtrack from the film Hands of Steel.

This musical score is rich with old analog synthesizers, arpeggios, tense rhythms and maestro Simonetti’s signature atmospheres. This limited edition release contains a wealth of unreleased material that’s never before been heard. A must have for any die hard collector. 35th Anniversary Edition Limited silver vinyl includes a poster and is limited to 499 copies.

“Hands of Steel” (Italian title: Vendetta dal Futuro) was an Italian science fiction film directed by Sergio Martino. The film stars Daniel Greene, George Eastman, Claudio Cassinelli and John Saxon and was filmed in Arizona with some scenes shot at the Grand Canyon and the town of Arcosanti. One of the main actors in the movie (Claudio Cassinelli) died in Page, Arizona during production, as he was on a helicopter that crashed into the Navajo Bridge. The movie was often described as a ‘hybrid’ between “The Terminator” and “Blade Runner”.