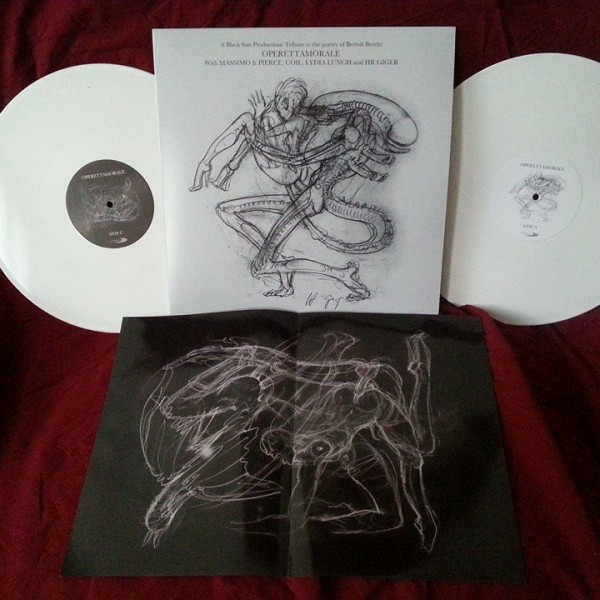 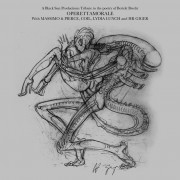 The album is composed of 11 classic Brecht’s songs, here revisited according to Massimo & Pierce’s irreverent attitude. Massimo & Pierce invited some of their friends to contribute to operettAmorale:

– COIL recorded the song A List of Wishes (one of the latest studio performances by Johnn Balance) purposely for this album.
– LYDIA LUNCH delivered her incomparable voice for The Ballad of Sexual Dependency
– HR GIGER contributed with the cover artwork and a vocal cameo appearance on Seeräuber-Jenny.

operettAmorale was produced by Massimo & Pierce in collaboration with Larsen’s member Fabrizio Modonese Palumbo, whom also provided some original music and the acoustic arrangements.
Among the musicians whom partecipated to operettAmorale’s recording sessions are Julia Kent (Antony and the Johnsons) and Marco Schiavo (Larsen).

TRACKLISTING:
SIDE A
Brothel Tango
The Ballad of Sexual Dependency
Pimp Ballad