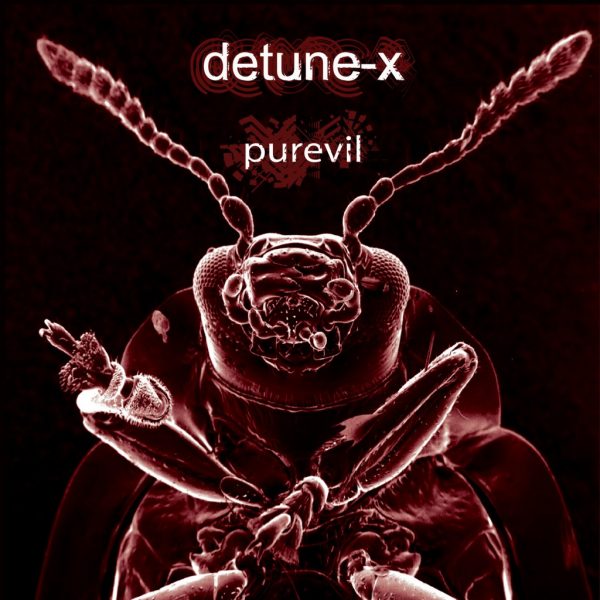 Detune-X begins as a solo “industrial/noise” side project of Stefano Rossello (:BAHNTIER//) and releases in the 2004 the first album “burnow!” on Rustblade. At the end of July 2007 DETUNE-X will release the new album “PUREVIL” but this is not the only news: change happened and at nowdays DETUNE-X become a duo project made by Stefano Rossello and Eric Van Wonterghem (SONAR, MONOLITH, INSEKT).

The sound of “Pure evil” is industrial and incorporates hypnotic hard edge beats with grating precision percussion. Each track is a version of the same theme with refinements, additional sounds and samples. This release just crushes. Fast paced hard edge rhythms pulse out of the speakers, hypnotic and pounding to the last, with some really saturating loops that draw in the listener and fantastic hypnotic sounds coupled with crisp and harsh percussion like TERRORFAKT or SONAR but also some tribal part like THIS MORN OMINA or Ah Cama-Sotz. The new DETUNE-X project will play live in October at the Machinen Fest and in August at the”Two days of Schlagstrom” in Berlin. In Italy it will play on July, the 6th at the “Super Decadence” with Horrorist and Gitane Demone plus many other guests.

Be the first to review “Purevil – CD” Cancel reply