View Cart “Enoeraew – Limited Box” has been added to your cart. 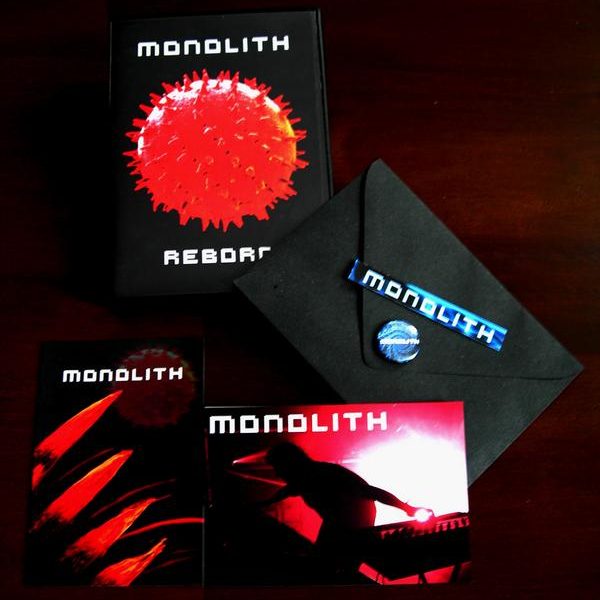 4CDBOX called “Reborn”(limited to only 150 copies!)
Will be included 43 tracks from Monolith’s works
previously released on “Compressed Form,
Labyrinth, Tribal Globe and The Sub System”cds
Plus  1 Sticker/ 1 Button / 2 Postcard.

MONOLITH takes us on a sonic journey cleverly departing from his most recent ritual oriented work to explore new territories. Repetitive loops, hypnotising electronic sequences and carrying rhythmics take you into a multi-coloured journey through electro and industrial landscapes. Eric van Wonterghem is one of the most prolific and influential artists in Europe’s noise and EBM scene.

Started in 1979 as keyboard player in a rockband, Eric switched to total electronic music composing, created with Dirk Ivens the Absolute Body Control project since from 1981 and from 1984 in The Klinik . Van Wonterghem has gone on to do a number of high-profile collaborations, including Sonar and put his mark in the project Dive. When he meets Mario Vaerewijck, they started 1989 together the first famous Album “we can trust” (Insekt). The most new project is Detune-x , with the member of Bahntier(Stefano Rossello). Monolith , though, is perhaps Van Wonterghem’s most personal project: an outlet for the artist to indulge all of his musical passions, from Arabic chant to distorted electro. Club hit ” Disco Buddha ” perhaps best reflects his sonic eclecticism, incorporating enough ethnic exoticism for world music fans with thick, distorted beats aimed squarely at the dance floor. He is also working as a mastering Engineer (Prodam) , FOH soundengineer and producer.

Now brought together by Rustblade in this 4cdbox called “Reborn”(limited to only 150 copies!) will be included 43 tracks from Monolith’s works previously released on “Compressed Form, Labyrinth, Tribal Globe and The Sub System” cds and 1 sticker/ 1 button / 2 postcard.

Be the first to review “Reborn Box Set” Cancel reply