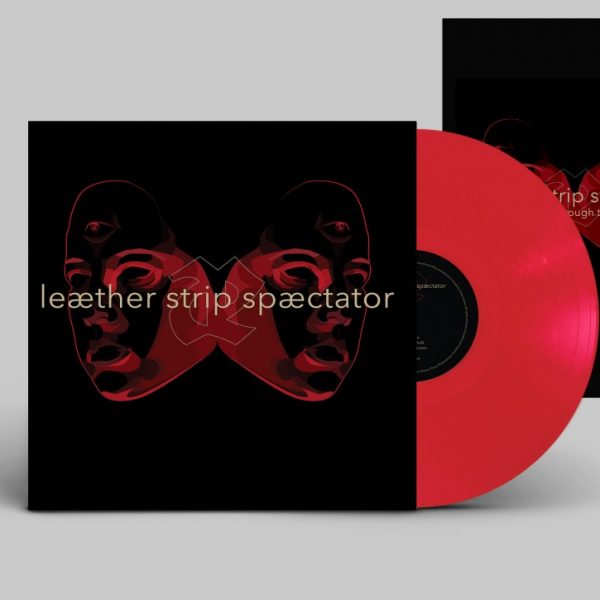 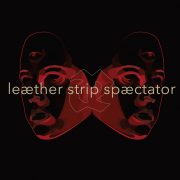 Spæctator is the album we have been long waiting for from Claus Larsen, featuring a mixture of old-school EBM, harsh rhythms and beautiful electronic ballads destined for dancefloors around the world. According to Larsen the album represents a piece of his life, recalling low points and and high points, suffering and joy. It’s all here: the anger, the romance, the restlessness… accompanied by lush electronic arrangements and powerful four-on-the-floor-beats. Surely to be considered not only one of the best releases of 2016, but also one of the top Leæther Strip albums to date. A must have! Limited Red Vinyl plus Poster

This, my new album ”Spæctator” has been under way for 2-3 years now. It’s a long time for me, but being on the road touring as much as we have makes the whole process a bit longer. What you get is a Leæther Strip album with my trademark ”old-school”sound, some harsh songs, some melodic songs, something to dance to and hopefully some that will make you think a bit about life’s up’s and down’s. I had a clear vision in my head of what I wanted the album to be like.  As usual it is a very personal album. I had a lot of negative things that had to be processed in my head, like the passing of my Mother and my husbands severe health problems. The passing of my mother brought back a lot of childhood problems I had ignored, cause it was simply too painful. I spent my whole life fighting for her acceptance and sadly I never felt I got it.  As a kid I always felt I was left out, different, and pushed away into the background, and like I had to observe everyone else’s life behind a two way mirror, like a spectator to life and not an actual part of it, trying so desparatly to be loved by the people I loved. Looking back, I also really think that this feeling was why I used music as medicine, and why composing songs at an early age came so natural for me. This album is dedicated to all those who feel unwanted, disenchanted and to all those who feel they have so much love to give but no one to give it to.  I am very proud of this one and I hope you will enjoy listening to this album as much I ejoyed composing it.

OBLIGATE
WHITE AS CHALK
FILLING THE GRAVES
DOWN
SPAECTATOR
SIDE B

Be the first to review “Spæctator- Red Vinyl” Cancel reply