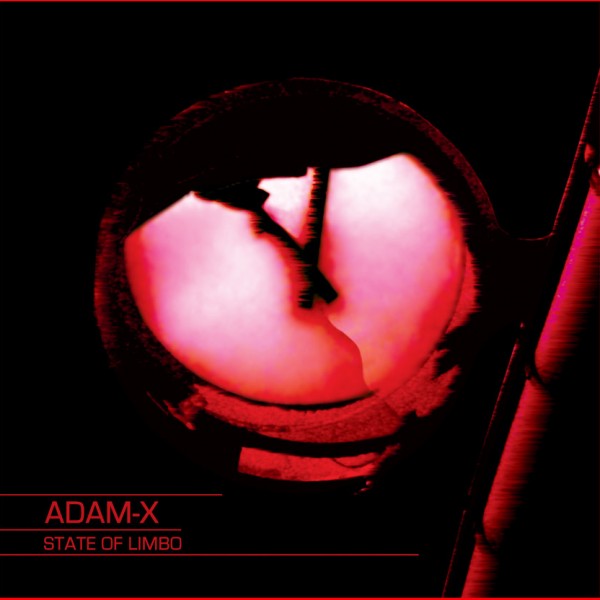 The long awaited follow up to Adam’s last album “Fate Unknown” has finally arrived. Adam, on his continuing mission to cross the parallels of Techno, EBM, Electro & Industrial, has gone on to create his most conceptual & best produced album to date. The writing and production of this album has taken him two years to create. In the creative process, much of the album has been tested in improvised stages in Adam’s many live performances around the world. This new method of working has helped Adam perfect his sounddesign & arrangement of the songs based on the various crowd reactions at the events he has performed at. This would prove to be of tremendous help in the final selection of songs that would make the cut. The album from start to finish is the perfect soundtrack for a dark science fiction thriller.

The dark futuristic sound-scapes, hard rhythmic noise, broken beat electro and self reflecting vocals written on four songs on this album will lead you through the emotions of a living being that is half metal machine and half human being. A being from the past, present and future, an android named Adam X. This is the latest chapter in his life story. Adam X is a world-renowned artist & DJ whose career began in 1990 and subsequently within a year later would take him to the International playing field. Considered a pioneer in the American techno movement dating back to 1990.

Adam now resides in Berlin, Germany where he now performs live & DJ’s regularly in Europe at Techno, EBM, Industrial Rhythmic Noise related events. Adam’s is known in various electronic music scenes, from Techno to Industrial/EBM. On the Industrial/EBM front Adam has released full length CD’s on the legendary American Industrial/EBM Wax Trax as well as on EBM legend Eric Van Wonterghem’s (Insekt, Klinik*ex original member*, Monolith) Belgian imprint Psycho Dynamics. In techno, Adam has many releases on top Techno labels dating back to 1990. Adam X has performed alongside Aphex Twin, Derrick May, Nitzer Ebb, Andrew Weatherall and countless others. He’s performed at thousands of events and club nights globally including Mayday, DEMF, Rex, Tresor , Monox and Fabric. Adam’s live show is totally improvised. No show is alike and Adam’s sound can be easily conformed and transformed to the environment of the event. Videos of his live performance can viewed at adamx.net or by simply looking his name up on Youtube.com.

Be the first to review “State of Limbo – CD” Cancel reply