VELVET CONDOM was formed during 2005, in Strasbourg – France, by Alice Gift (vocals, guitars, keyboards) and Oberst P. (programming, keyboards). They consider their music as dirty-pop or weird-wave played by dead mannequins. As if Synth PoP would meet dark noisy guitars and teenage angst lyrics.

On one side, the cold and safe synthetics of a condom and the glamorous elegance of velvet on the other.
Their debut EP (8-tracks) was released in 2006, containing early minimal-cold-wave party classics as “Kalter Lippenstift” and “Playgirlz”. The band has already played more than 200 shows over more than 13 countries and opened for bands like: Vive la Fete, Who made Who, Autokratz, Fehlfarben, Schwefelgelb, No More, Psyche, Mount Sims, Ali Love, B-Movie, A-Frames, Lesbians on Ecstasy, Fliehende Stürme, Jad Wio, Swann Danger, The Weegs, Selfish Cunt, Romance, Stereo Total, Specimen, Noblesse Oblige, Absolute Body Control, Legendary Pink Dots, Clair Obscur, …
Live, the band definitely shows a wilder and noisier side and would mainly use neon tubes and strobe lights to create a psychedelic robot-noise-pop performance.

In the beginning of 2008 VC has moved to Berlin to catch the spirit of its creative urban decadence and has released its second Album “Safe & Elegant”, distributed by the Dutch label Enfant Terrible, which got very positive feedback from the press and fans. VC was one of the underworld’s best kept secrets and is now evolving thanks to their LIVE reputation their song writing and production skills to a more and more popular treasure ; You just have to Google the bands name to measure its popularity, more than 50 pages of results!

VC have gathered an impressing following fan basis during the last years, their songs got played in clubs all over world and they got invited to play in Japan, New-York, and festivals like WGT. Furthermore their song “Never Ever” has been used as the soundtrack of the European TV channel arte’s monthly program preview, and they have recently been approached by French s famous fashion designer Agnes B.! 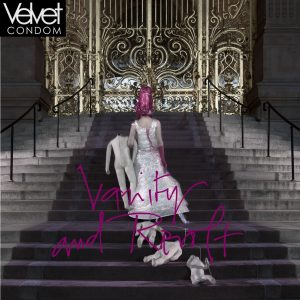 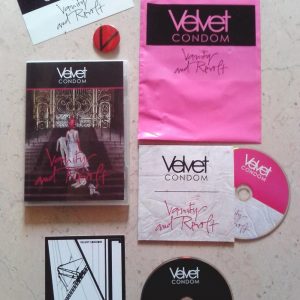