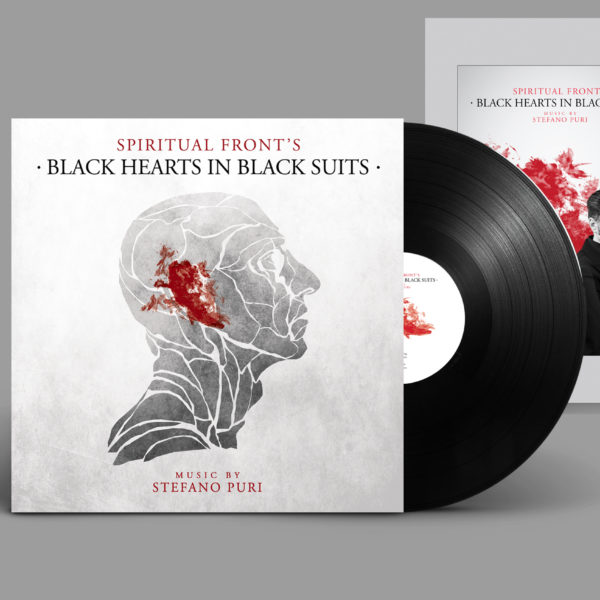 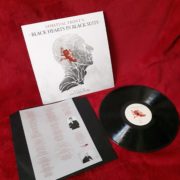 BLACK HEARTS IN BLACK SUITS is the result of three years of work, composed by Stefano Puri specifically for SPIRITUAL FRONT, with Simone Salvatori lending his voice and interpretation (as intense and charismatic as ever) to the composer’s music. The poems of Reiner Werner Fassbinder are given new light as they materialize into musical form as Stefano Puri sits at the piano and joins Simone Salvatori on a voyage of no return.

The SYMPOSIUM ENSEMBLE and the BLACK HEARTS CHOIR round out the endeavor. The composer’s writing – in one moment minimal and introspective, in the next dark and theatrical – follows ancestral pathways along which the singers voice moves between intimacy and majesty, between heavy chords and light harmonies, between airy string passages and obscure choral harmonies.

A concept album more akin to an opera than to the traditional LP, BLACK HEARTS IN BLACK SUITS is a fascinating symphonic journey that takes us through the darkest nihilistic sides of both the composer and the icon of “Suicide Pop”. From Franz Schubert to Nick Cave, Michael Nyman to David Tibet, from Arvo Pärt to Marc Almond… with no way back. Limited Vinyl 499 Copies plus Poster with lyrics
SIDE A
1. Miserere
2. Life’s too Long
3. Eternally yours
4. Petra
5. The only sin
6. No forgiveness